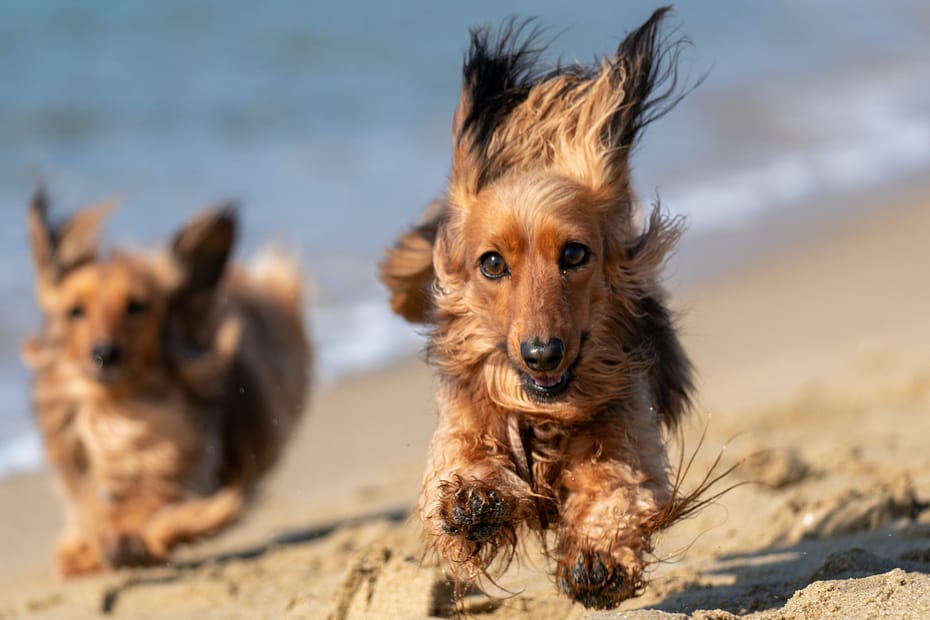 For any dog owner, there’s nothing quite like seeing their furry friend zoom around the house at top speed, seemingly out of nowhere. This sudden burst of energy is often referred to as the “zoomies.”

While the exact cause of zoomies is still unknown, there are a few theories that experts have come up with. One possibility is that the zoomies are a way for dogs to release pent-up energy. After spending hours sleeping or lounging around, they may just need to let off some steam.

Another theory is that zoomies are a form of self-stimulation, similar to how humans might scratch an itch. Whatever the reason, one thing is for sure – zoomies are a sure sign that your dog is happy and healthy!

Why do dogs get the zoomies?

If you’ve ever seen a dog running around in circles, zig-zagging back and forth, and generally acting like they’re possessed, then you’ve witnessed the zoomies. Also known as FRAP (frenetic random activity periods), the zoomies are a burst of energy that can be unpredictable and overwhelming.

While the exact cause of the zoomies is unknown, they seem to be triggered by excitement, stress relief, or even a sudden change in the environment. During a zoomie episode, dogs will often jump and bite at things – including people – in an attempt to release all that pent-up energy.

While it may be alarming to witness, the zoomies are usually harmless and only last for a minute or two. So if your dog suddenly has the zoomies, just give them some space to burn off that excess energy and they’ll be back to their normal selves in no time.

Most common times dogs get zoomies

The zoomies can be unpredictable. However, there are a few times that zoomies are very common in dogs. The three most common times for dogs to get the zoomies are after a bath, just before a walk, or when they are taken outside to use the bathroom.

After a long day of chasing rabbits and rolling in the mud, there’s nothing a dog loves more than a good bath. But why do they always seem to go crazy afterward?

There are a few theories on why dogs act like maniacs after a bath. One possibility is that they’re simply trying to dry off as quickly as possible. Dogs don’t have the same Sweat glands humans do, so they can’t cool themselves off by sweating. So when they’re wet, they need to pant excessively to evaporate the water and keep their body temperature down.

Another theory is that baths can be stressful for dogs. They’re often put in a small space (the tub or shower), restrained (by the lead or your hand), and sprayed with strange-smelling water. It’s no wonder they want to get out of there as soon as possible!

Whatever the reason, one thing is for sure: Dogs will always be adorable, even when they’re acting crazy after a bath.

It’s no secret that dogs love walks. But have you ever noticed that your dog always seems to go crazy right before you head out the door? There’s actually a scientific explanation for this behavior.

It’s called “anticipatory excitement,” and it’s caused by a release of adrenaline in the dog’s body. When a dog smells their leash or sees you getting their harness, they start to anticipate the upcoming walk and get excited.

This release of adrenaline gives them extra energy, which is why they may start running around or panting heavily. While it may be frustrating to deal with sometimes, anticipatory excitement is actually a good thing! It means your dog is happy and excited to spend time with you outside.

Have you ever wondered why your dog seems to go crazy when you take them out to use the bathroom? It may seem like they are just trying to burn off energy, but there is actually a more practical explanation.

Dogs have a natural instinct to mark their territory, and they will often do this by urinating on objects. When they are taken outside, they will often run around in an effort to urine on as many things as possible. This helps them to leave their scent and claim their territory. While this behavior may be annoying to us, it is perfectly natural for dogs. So the next time your dog starts running in circles, just remember that they are doing what comes naturally to them.

How can I prevent my dog from getting the zoomies?

Zoomies are totally normal behavior for both young and older dogs. They are nothing to be concerned about and usually only last for a few minutes. However, there are a few things you can do to help your dog if they seem to be having too much energy.

The best way to prevent your dog from getting the zoomies is to make sure they get plenty of exercises. A tired dog is a good dog, and a tired dog is less likely to have the energy for zoomies.

You should also try to avoid situations that may trigger the zoomies. If your dog always goes crazy after a bath, try giving them a quick rinse instead of a full bath. If they get excited before walks, put their harness on a few minutes before you leave and let them calm down before heading out the door.

Finally, try to stay calm and patient when your dog is having a zoomie episode. They will eventually tire themselves out and settle down. Yelling or chasing them will only make the situation worse. Just sit back and enjoy the show!

How to calm my dog when it is excited

When dogs get the zoomies, they are experiencing a burst of energy that is often caused by pent-up excitement or stress. While it might seem like they are just running in circles for fun, they are actually trying to release all of that excess energy.

Zoomies are most common in young dogs, who haven’t yet learned how to properly channel their energy. However, they can also occur in older dogs who are feeling overwhelmed or stressed out.

If your dog is frequently experiencing the zoomies, it might be a good idea to take them on more walks or runs to help tire them out. With a little bit of exercise, your dog will be able to better cope with their excess energy and won’t feel the need to run around in circles all the time.