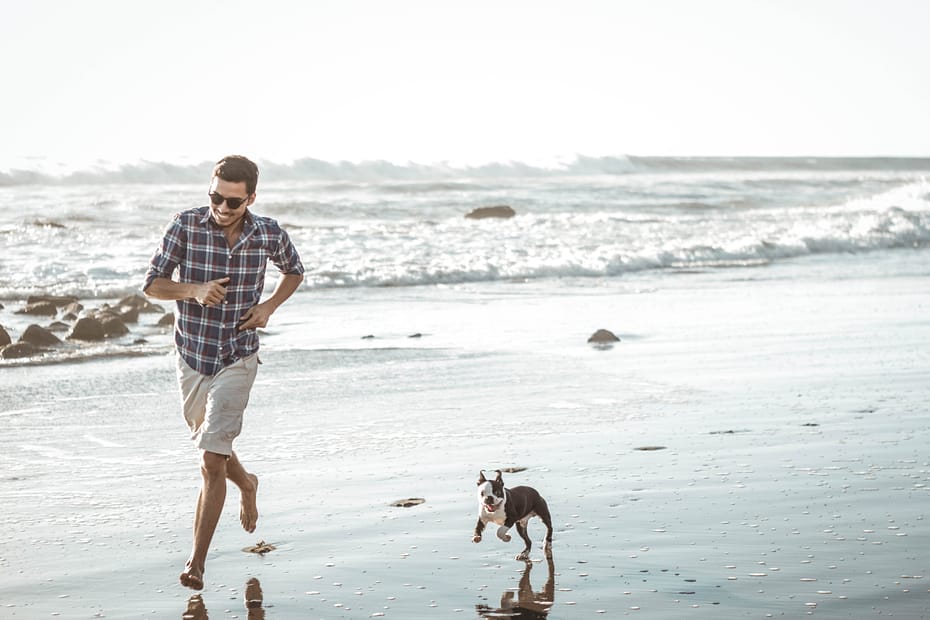 If you’ve ever had a dog, chances are you’ve noticed that they often follow you around from room to room. While it might seem like your dog is just trying to stay close to you, there’s actually a bit more to it than that.

For dogs, one of the ways they show affection is through physical proximity. By following you around, your dog is effectively saying that they love and trust you. In addition, dogs are pack animals, which means they naturally want to be close to other members of their pack. In the wild, packs of wolves will hunt and travel together, and dogs have inherited this instinct. To your dog, you’re part of their pack, and so they want to stay close to you.

Finally, dogs are also highly attuned to their environment and they use sight and smell to orient themselves. By following you around, they can keep track of where they are and what’s going on. So next time your dog follows you from room to room, take it as a compliment! They just want to be near the person they love most.

Dogs may follow people because they are looking for a companion

Many people believe that dogs follow them because they are looking for a companion. And while this may be true in some cases, there are other factors that can influence a dog’s behavior. For example, if a dog is frequently left alone, he may start to follow his owner out of fear of being left behind.

Additionally, some dogs may follow their owners in the hopes of getting food or attention. However, the most likely reason that dogs stay close to their humans is simply because they have bonded with them and enjoy their company. So, whether your dog is following you for companionship or another reason, it’s still a sign of affection.

Some dogs may follow people because they want to be protected

Man’s best friend may have more in common with their wild canine cousins than previously thought. A new study has suggested that some dogs may follow people because they want to be protected. The study found that dogs who lived in pairs or packs were more likely to follow a human, even if they didn’t know them, than those who lived alone.

The researchers believe that this behavior may be rooted in the fact that wild dogs often travel in groups for safety reasons. By following a human, a dog may feel that they are part of a pack and thus safe from predators. While it is still unclear why some dogs exhibit this behavior more than others, the findings suggest that the desire for protection is an important factor in the evolution of man’s best friend.

Anyone who has ever been followed by a dog knows that they can be quite persistent. While it may seem like the dog is just trying to show affection, there are actually a number of different reasons why dogs may follow their owners around. One possibility is that the dog is hoping for food or treats.

Dogs are very good at picking up on cues from their owners, and they quickly learn that being close to people often results in getting something to eat. Another reason for canine tailing is simply a desire for attention. Dogs are social animals, and they crave interaction with their loved ones. By following their owners around, dogs can ensure that they will get the attention they crave.

Finally, some dogs may follow their humans out of anxiety or fear. If a dog feels unsafe or unsure in its environment, it may seek out its owner as a source of comfort. Whatever the reason, the following is a common behavior in dogs, and one that owners should be aware of.

In some cases, dogs may simply be following their natural instincts to stay close to the pack

As any dog owner knows, our furry friends can be quite clingy at times. While this behavior may be annoying to us, in some cases it may simply be a case of a dog following its natural instincts. In the wild, dogs live in packs and spend their days hunting and foraging together. As a result, they have developed a strong bond with their packmates and an instinct to stay close to them.

When we adopt a dog, we become their new pack, and they may feel the need to stay close to us in order to protect us and themselves. Of course, this instinct can sometimes lead to bad behavior, such as barking or jumping up on people. However, it is important to remember that our dogs are only trying to do what comes naturally to them.

Whatever the reason, it’s important to remember that dogs are followers and not leaders, so it’s up to us humans to set the rules and boundaries for them

Dogs are social creatures that have been living alongside humans for thousands of years. During that time, they have evolved to become attuned to our emotions and behaviors. As a result, dogs generally prefer to defer to their human companions when it comes to making decisions.

This means that, regardless of the reason, it’s important for us to set the rules and boundaries for our furry friends. After all, they’re counting on us to be their leader! By setting clear limits and providing consistent training, we can help our dogs feel safe and secure in their homes – and prevent them from getting into trouble. In other words, remember that dogs are followers, not leaders – so it’s up to us humans to take charge.