What do dogs understand about humans? 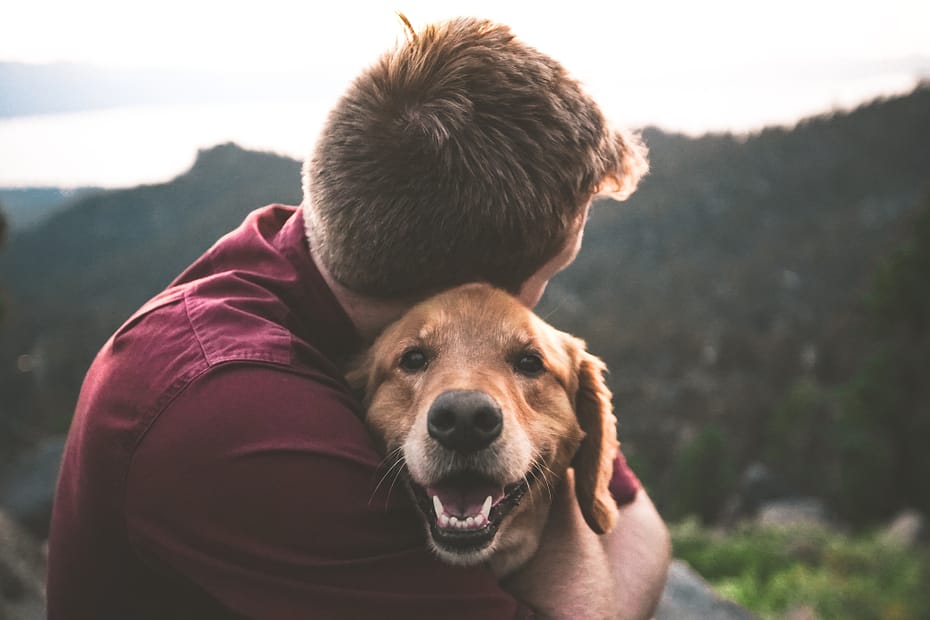 Dogs have been living alongside humans for thousands of years, and they have developed a special bond with us as a result.

Studies have shown that dogs are able to understand both spoken language and body language, and they use this ability to communicate with us. For example, a dog may sit patiently by the door when they want to go outside, or they may bark and wag their tail when they see their owner coming home.

In addition, dogs are also very attuned to our emotions. They can tell when we are happy, sad, angry, or stressed, and they often respond accordingly. For instance, a dog may come and sit next to us if we are feeling sad, or they may start barking if they sense that we are angry. This empathic ability is one of the things that make dogs such special companions.

Few things are more rewarding than coming home to a wagging tail and a pair of furry friends who seem to understand everything you say. But do dogs really understand spoken language, or are they just responding to cues like tone of voice and body language?

The answer may depend on the dog. A study published in the journal Science found that Border Collies were able to learn the names of new objects, while another breed of dog, the Jack Russell Terrier, was not. The researchers believe that this difference may be due to the collies’ natural instinct to herd, which requires them to pay close attention to their surroundings.

However, other studies have shown that all dogs are capable of understanding at least some human words. For example, most dogs can learn commands like “sit” or “stay.” So while it’s impossible to know exactly what’s going through a dog’s mind when we’re talking to them, it’s clear that they are attuned to our speech in some way.

Dogs are known for their keen sense of hearing, and they are able to pick up on a wide range of sounds. This includes both the pitch and the tone of a human voice. While it is still disputed whether dogs can actually understand the meaning of words, there is evidence to suggest that they can interpret the emotions conveyed by a person’s tone of voice.

For example, research has shown that dogs respond differently to praise depending on whether it is delivered in a happy or neutral tone. They are also more likely to approach a person who is speaking in a friendly voice than someone who is using a harsh tone. This suggests that dogs are sensitive to the emotional content of speech and that they use this information to guide their own behavior.

Dogs have been domesticated for centuries, and they are now widely considered to be man’s best friend. But do dogs really understand the content of language, or are they just responding to tone and cues?

Scientific research suggests that dogs do have some understanding of language. For example, dogs can learn to respond to specific words and commands. Studies have also shown that dogs process linguistic information in a similar way to humans, suggesting that they are able to understand at least some of the meaning of language.

It is important to note that dogs are not as good at interpreting language as humans are. They are often unable to generalize from one situation to another, and they may not always understand the full meaning of what is being said. Nevertheless, the evidence suggests that dogs do have a basic understanding of language, and this makes them unique among animals.

When it comes to training dogs, there are a variety of different methods that can be used. Some people prefer to use traditional methods such as verbal commands and hand signals, while others prefer to use more creative techniques such as clicker training or scent training.

One method that is often overlooked is sign language. While it may seem like a dog would have difficulty understanding something as complex as sign language, the truth is that they are actually quite capable of learning this skill.

Dogs have been known to respond to a variety of different signs, including those for sit, stay, come, and down. In addition, dogs can also be taught more complex signs such as those for specific behaviors or tricks. With patience and practice, any dog can learn to understand sign language.

Dogs are highly attuned to the body language of both people and other dogs. Dogs are remarkable creatures, and their ability to interpret human body language is one of the things that makes them so special.

When we interact with dogs, we often use a mix of verbal and nonverbal cues, and dogs are very good at understanding both. For example, a dog may interpret a raised voice as a sign of aggression, while a pat on the head may be seen as a sign of affection.

Dogs also pick up on our facial expressions, and they can often tell when we are happy, sad, angry, or afraid. In fact, research has shown that dogs respond more strongly to emotional expressions than to verbal commands. This ability to read human body language is one of the things that make dogs such special companions.

A dog who has his tail between his legs is usually scared or nervous, while a dog who is wagging his tail vigorously is usually happy or excited. By understanding the basics of canine body language, you can better communicate with your dog and build a stronger bond.

Although dogs are not able to understand complex verbal communication, they are able to pick up on certain words and phrases. Many dog owners find that their dogs respond to commands such as “sit” or “stay.” Personally, my dog perks up when either my wife or I use the word “walk” in a sentence.

In addition, dogs are also able to understand the tone of voice in which words are spoken. For instance, a dog is more likely to respond to a command spoken in a stern voice than a command spoken in a gentle voice. While dogs are not able to understand complex verbal communication, they are still able to pick up on some important cues from their owners.

If my wife and I begin packing the car for a trip, my dog understands that this means we will soon be leaving and he knows he does not want to be left behind. He will often go sit in the car and wait for us to leave.

Dogs can understand the implications of human actions. If you put on your coat, they may think you are getting ready to take them for a walk. If you pick up their leash, they will probably get excited and start wagging their tail.

Dogs are remarkable creatures, and their ability to understand human behavior is one of the things that makes them so special.

Dogs are able to understand a lot more than we give them credit for. Not only do they understand the tone of our voice, but they also understand what our actions mean. This is why it’s important to be mindful of how we talk to our dogs and what we do around them, as even small gestures can have a big impact on their behavior.