What do dogs really see? 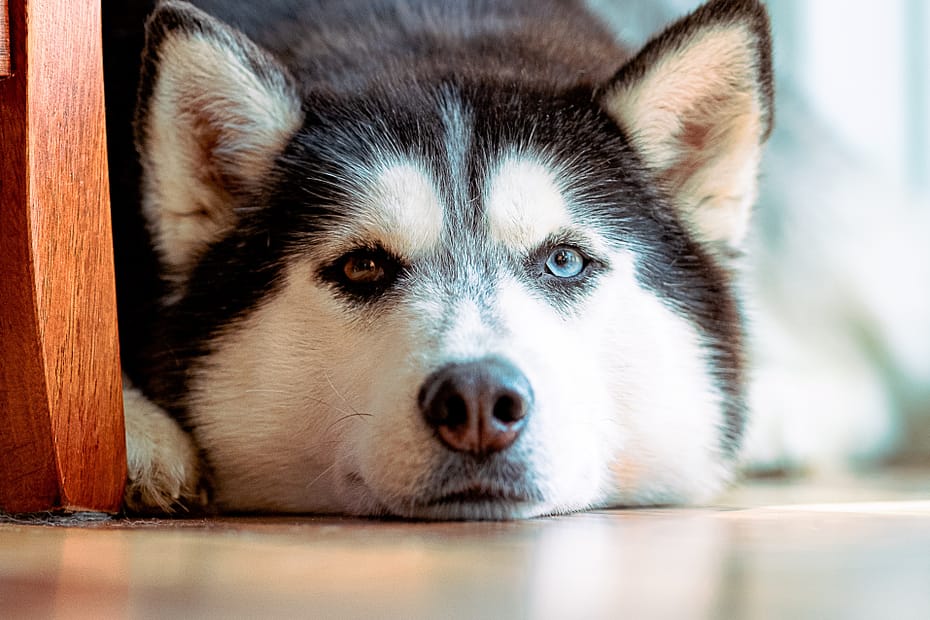 Dogs are known for their loyal companionship, but what do they really see when they look at us? Many people assume that dogs see the world in black and white, but is that really true? In this blog post, we will take a closer look at what dogs see and how that affects the way they interact with the world around them.

For years, scientists have debated the question of whether dogs can see color. The answer, it turns out, is a bit complicated.

Dogs typically have fewer cones than humans, which has led some scientists to believe that they don’t see color as vividly as we do.

However, other research has shown that dogs do have some color vision and are able to discriminate between different hues.

So while dogs may not see the world in quite the same way that we do, they still have a pretty good view of the colored world around them.

Recent research has suggested that dogs may in fact be able to see a limited range of colors. While they are not able to see the full spectrum of colors that humans can see, it is believed that they can perceive colors such as blue and yellow.

This hypothesis is based on the fact that dogs have two types of cone cells in their eyes, which allows them to process color information.

So while dogs might not see the world in quite the same way we do, they are certainly able to see more than just black and white.

The answer to this question is a bit complicated. Dogs, like other mammals, have two types of color-sensitive cells in their eyes, called cones and rods. Cones are responsible for daytime vision and color perception, while rods are more sensitive to light and help animals see in low light conditions.

Recent research has shown that dogs may be able to see ultraviolet light. Ultraviolet light is outside the visible spectrum for humans, but some animals, such as bees and butterflies, can see it.

The ability to see ultraviolet light would allow dogs to see things that we cannot, such as urine trails left by other animals. While this research is still in its early stages, it is an exciting possibility that could give us a new way to understand how dogs see the world.

Can dogs see ghosts or spirits?

There is no scientific evidence to support either side, so it’s largely a matter of personal belief. However, there are some interesting anecdotes from dog owners who say their pets have reacted in strange ways when a ghost was nearby. Whether or not dogs can see ghosts, it’s clear that they have a sixth sense that we don’t always understand.

Can dogs see in the dark at night?

Dogs have many astounding abilities, from a sense of smell 40 times stronger than ours to the ability to hear high-pitched sounds that are outside of our range of hearing. Another ability that dogs possess is night vision.

While their vision is not as sharp as ours during the daytime, their eyes are specially adapted to allow them to see in the dark.

Dogs have a layer of reflective tissue called the tapetum lucidum that helps to reflect light back into the eye, increasing the amount of light that is available for night vision.

In addition, dogs have more rods than cones in their eyes, which helps them to see better in low-light conditions. As a result, dogs are able to see in the dark at night much better than we can.

The jury is still out on whether or not dogs can see screens on phones or TVs. Some people swear that their dogs are fascinated by the images and colors they see, while others say that their dogs completely ignore the screens. However, there is some scientific evidence to suggest that dogs may be able to see screens after all.

A study published in Frontiers in Neuroscience found that dogs have a layer of cells in their eyes called the tapetum lucidum, which reflects light back into the eye and helps to improve night vision.

This same layer of cells also exists in the eyes of cats and other animals that are known to be attracted to screens. As a result, it’s possible that the tapetum lucidum helps dogs to see the images on a screen.

Personally, my dog does react to screens when there are dogs or other animals on the screen. The TV will grab his attention if the dog makes a sound or there are other animal sounds coming from the TV. He will then watch the TV intently and follow any animals that may be moving on the screen.

Can dogs see far away?

Dogs have long been known for their keen sense of smell, but their eyesight is also impressive. In addition to having better low light vision than humans, dogs have a wider field of view than humans.

They can see objects at a greater distance, and they are also better at perceiving movement. As a result, dogs are able to see far more than we give them credit for.

While the exact range of a dog’s vision varies depending on the breed, most dogs can see objects that are up to two miles away.

Did you know that they also have a remarkable ability to recognize faces? Studies have shown that dogs can distinguish between familiar and unfamiliar faces, and they even show a preference for faces that they know.

Another study found that dogs could match photographs of faces to the real-life people to who those faces belonged to. So it seems that dogs really do have a special ability when it comes to recognizing human faces.

Do dogs recognize themselves in the mirror?

For centuries, people have debated whether animals are capable of self-awareness.

One way to test for self-awareness is to see if an animal recognizes itself in a mirror. Studies have shown that some animals, like monkeys and dolphins, do seem to recognize themselves in mirrors. However, the jury is still out on whether dogs meet this criterion.

Some dog owners report that their pets seem to realize that they are seeing their own reflection, while others believe that their dogs simply see a stranger in the mirror. The verdict may not be conclusive, but it seems that dogs, at the very least, are aware that something interesting is going on when they see their reflection.

When we think about smelling, we typically think about using our nose to draw in particles from the air around us. Dogs have a much more keen sense of smell than humans. In fact, dogs have up to 300 million olfactory receptors in their noses, compared to just 6 million in humans.

This gives them an incredibly acute sense of smell which they use for a variety of purposes, including tracking prey, finding food, and detecting danger. But what about smells that can’t be detected by the nose? Can dogs really see smells?

Well, recent research suggests that dogs may actually be able to “see” smells by using their brains to process information from both their noses and their eyes. Studies have shown that dogs can discriminate between different odors when they are presented with visual cues.

So it seems that dogs may not be able to see smells in the traditional sense, but they are able to use their sense of smell in conjunction with their sense of sight to gain a deeper understanding of the world around them.

A common belief is that dogs can see underwater. While it’s true that dogs have a third eyelid that helps protect their eyes from moisture and debris, this does not allow them to see clearly underwater. In fact, most dogs avoid swimming with their head underwater because they find it difficult to judge distances and identify objects in the water. So next time you’re at the beach with your furry friend, don’t be surprised if they stick to the shallows.

How much do dogs with cataracts see?

Cataracts are a common eye condition in dogs, and they can cause a significant decrease in vision. Depending on the severity of the cataracts, a dog may be completely blind or may only have partial vision.

Most dogs with cataracts will still be able to see some light and movement, but they may have difficulty seeing objects that are far away or that are not well lit. Cataracts can also make it difficult for dogs to distinguish between different colors.

If your dog has cataracts, it is important to talk to your veterinarian about the best way to manage the condition. In some cases, surgery may be necessary to remove the cataracts and restore normal vision.

Can puppies see when they are born?

Although much about how much puppies can see is still unknown, scientists have made some progress in understanding their development.

It was once believed that puppies were born blind and deaf, but we now know that they can actually see and hear shortly after birth.

Puppies are born with their eyes open, but they can’t see very well at first. Their vision improves rapidly over the first few weeks of life, but it takes a few months for them to develop full visual acuity.

Similarly, puppies can hear shortly after birth, but they don’t have fully developed hearing until they are several weeks old. So, although puppies are born with some abilities, they still have a lot of growing to do.

So, the next time you’re out on a walk with your dog, take a moment to look at the world through their eyes. You may be surprised at how much they can see.