Help! My dog drank my coffee! 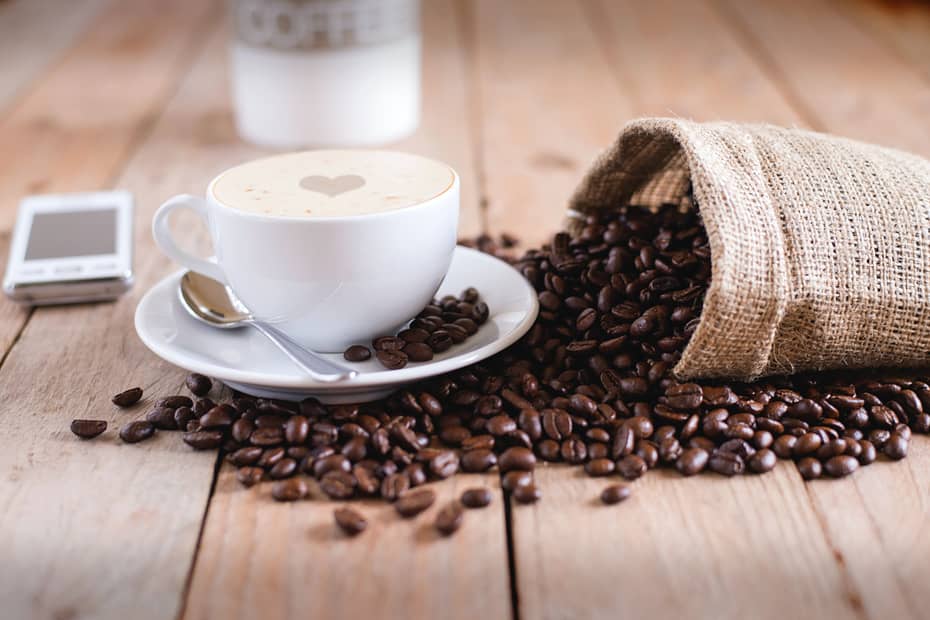 What should I do if my dog drinks coffee?

If you drink coffee and have a dog, chances are your dog has taken a sip of your coffee when you weren’t looking. Is this bad for dogs? Most coffee drinks contain caffeine, which is a stimulant. In small doses, caffeine can be safe for dogs, but too much can cause problems for dogs.

If your dog drinks coffee, the first thing you should do is contact your veterinarian. Coffee contains caffeine, which can be toxic to dogs in large amounts. Depending on the size of your dog and the amount of coffee consumed, your vet may recommend that you monitor your pet for signs of caffeine toxicity, such as restlessness, increased heart rate, and vomiting.

If your dog does show signs of toxicity, your vet may recommend bringing them in for treatment. In severe cases, caffeine toxicity can lead to death, so it’s important to seek professional help if you suspect that your dog has consumed coffee.

Is coffee poisonous to dogs?

Many people enjoy starting their day with a cup of coffee (check out these mugs for dog lovers), but what about our furry friends? While most of us know that chocolate is dangerous for dogs, coffee may also be poisonous. Caffeine can be harmful to dogs in large quantities, and even a small amount can cause problems for puppies or small breeds.

Symptoms of caffeine poisoning include restlessness, rapid breathing, and an increased heart rate. In severe cases, it can lead to collapse, seizures, and even death. If you suspect that your dog has consumed coffee, it is important to seek vet care immediately.

However, small amounts of coffee are not likely to be harmful to adult dogs. So if you want to share your morning cup with your four-legged friend, just be sure to keep the portion size small.

How much coffee is toxic to dogs?

According to the ASPCA, coffee and other caffeinated beverages are toxic to dogs. Caffeine can cause restlessness, rapid breathing, heart palpitations, and even seizures. In large enough quantities, it can be fatal. However, it is important to keep in mind that the effects of caffeine will vary depending on the size of the dog and the type of coffee.

For example, a small dog may be more susceptible to the effects of caffeine than a large dog. In addition, decaffeinated coffee may not be completely safe for dogs. The decaffeinating process often uses chemicals that can be toxic to dogs, so it is best to avoid all types of coffee if possible. If your dog does consume coffee, it is important to seek veterinary care immediately.

Is coffee with sugar, cream, and milk dangerous?

Many pet owners are concerned about the possibility of their dogs consuming sugar-sweetened coffee. While it is true that sugar can be harmful to dogs in large quantities, the amount of sugar found in a cup of coffee is generally not enough to cause any serious health problems.

However, milk and cream can present a more significant risk. Milk contains lactose, which is difficult for many dogs to digest. In addition, the cream is high in fat, which can lead to pancreatitis. For these reasons, it is best to avoid giving your dog coffee with milk or cream. Stick to plain coffee or add a small amount of sugar instead.

Is caffeine bad for dogs in small amounts?

A lot of people give their dogs coffee or tea, assuming that it’s harmless in small amounts. However, caffeine can actually be dangerous for dogs. Just like in humans, caffeine speeds up the heart rate and can cause restlessness and anxiety. In high enough doses, it can even be fatal.

So even though that morning cup of joe might not seem like a big deal to us, it’s best to avoid giving caffeine to our furry friends. Decaffeinated coffee is just as harmful as regular coffee because it still contains small amounts of caffeine. If you must give your dog coffee, make sure it is completely decaffeinated and diluted with water so that there is no risk of harm.

Dogs are much smaller than humans, so it doesn’t take much caffeine to have an effect on them. Even a small amount can cause problems, so it’s best to play it safe and keep Fido away from any caffeinated beverages.

How do I know if my dog has had too much caffeine?

Just like humans, dogs can be susceptible to the effects of caffeine. Although a very small amount of caffeine may not be harmful to your dog, consuming too much can lead to serious health problems.

Symptoms of caffeine poisoning in dogs include restlessness, panting, increased heart rate, tremors, seizures, and vomiting. If you suspect that your dog has had too much caffeine, it is important to seek veterinary attention immediately.

How long does caffeine poisoning last in dogs?

Caffeine is a stimulant that is found in coffee, tea, and chocolate. It is also added to some sodas and energy drinks. When ingested by humans, caffeine can have various effects, including increased alertness and improved performance. However, caffeine can also be poisonous to dogs. In fact, caffeine poisoning is one of the most common types of poisoning in dogs.

How to treat caffeine poisoning

Treatment for caffeine poisoning will typically involve providing supportive care and administering medication to control the symptoms. In severe cases, hospitalization may be necessary.

If your dog has consumed coffee or any other caffeinated beverage, it is important to seek veterinary care immediately. The sooner you get treatment, the better the chances of a full recovery.

With prompt treatment, most dogs will make a full recovery.

Other drinks that are dangerous for dogs

While most people are aware that chocolate is dangerous for dogs, there are a number of other common household drinks that can also be harmful. For example, any caffeinated drink can be toxic to dogs in large enough quantities.

Milk and other dairy products can also cause digestive upset in some dogs. In addition, sugary drinks like soda can lead to weight gain and tooth decay. Alcohol is also dangerous for dogs, and even small amounts can cause vomiting, diarrhea, and difficulty breathing.

As a result, it’s important to keep all these drinks out of reach of your furry friend.

Because coffee can be dangerous to dogs, it’s important to keep them away from any caffeinated beverages. If you must give your dog coffee, make sure it is completely decaffeinated and diluted with water. If you suspect that your dog has had too much caffeine, it is important to seek veterinary attention immediately. With prompt treatment, most dogs will make a full recovery.