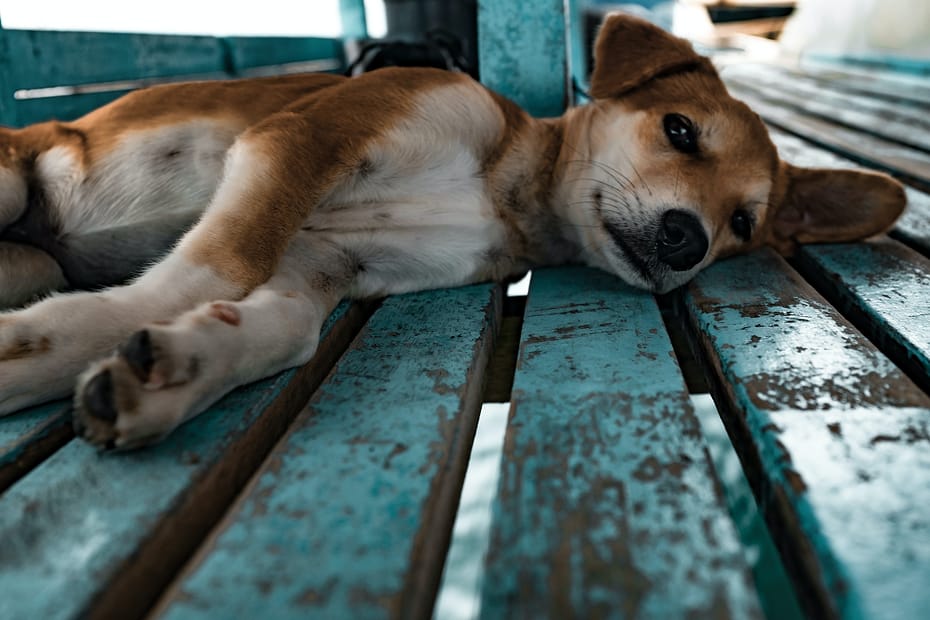 While it is widely believed that dogs do not cry, this is not actually the case. Dogs do produce tears, but they serve a different purpose than tears in humans. In humans, tears are produced to lubricate the eyes and wash away debris. They are also a response to emotional stimuli, such as sadness, anger, or joy.

In dogs, however, tears serve only to lubricate the eyes and provide protection from dirt and dust. The lacrimal glands of dogs are located at the outer corner of the eye, and they produce a clear, oily substance that helps to keep the eye moist. While dogs do not produce tears of emotion, they may shed tears in response to physical pain or irritation.

So, while dogs may not cry in the same way that humans do, they do produce tears for a variety of reasons.

Dogs are one of the most popular pets in the world, and it’s not hard to see why. They’re adorable, loyal, and always seem to have a positive outlook on life. But did you know that dogs also have a range of emotions? Just like humans, dogs experience happiness, sadness, fear, and anger. And while they may not be able to express themselves with words, they do have some telltale signs that let us know how they’re feeling.

For example, a wagging tail is often a sign of happiness, while bared teeth and growling typically indicate aggression. Of course, every dog is different, so it’s important to get to know your pet and learn what their various behaviors mean.

One of the most common ways that dogs show sadness is through whimpering, whining, droopy ears, and hanging heads. When a dog is feeling down, its body language will often reflect that.

Many dog owners have noticed that their dogs will sometimes whimper when they seem to be sad or upset. While it may seem like a simple form of communication, there are actually a lot of complex emotions and body language conveyed through a dog’s whimper.

Studies have shown that dogs often whimper when they are trying to communicate a need or desire, such as wanting to be left alone or asking for food. In some cases, dogs may also whimper as a way of self-soothing, much like how humans might whine when they are feeling overwhelmed or stressed. Whatever the reason, it is clear that whimpering is an important form of communication for dogs, and one that often conveys a great deal of emotion.

Dogs whine for a variety of reasons, but one of the most common reasons is that they are sad. While dogs cannot express their emotions in words, they often use whining as a way to communicate that they are feeling down. In fact, research has shown that dogs will even change the pitch of their whine depending on how they are feeling. For example, a dog who is feeling sad may have a lower-pitched whine than a dog who is simply seeking attention. If your dog is whining and seems sad, it may be worth taking them to the vet to rule out any medical causes. However, in most cases, a little extra attention and affection should be all it takes to make your furry friend feel better.

Dogs are social animals that have evolved to express a variety of emotions through their tails. A wagging tail is a sign of happiness, while a tucked tail can indicate fear or submissiveness. However, the most well-known tail signal is the drooping tail, which is often associated with sadness or depression.

Dogs’ ears are highly expressive and can convey a range of emotions, from happiness to sadness. When a dog’s ears are drooping, it is often a sign that they are feeling sad or overwhelmed. Drooping ears can also be a sign of submission, as the dog is trying to make itself look small and non-threatening. Dogs communicate a lot through their body language and understanding what their ears are telling you can be a valuable tool in interpreting their emotions. If you see your dog’s ears drooping, take a moment to check in with them and see how they’re doing. It could be that they just need some extra cuddles and reassurance.

While it is commonly believed that only humans shed tears, this is not actually the case. Animals, including dogs, can produce tears as well. However, the tear ducts of dogs are different from those of humans, so their tears serve a different purpose. The tears of humans are made up of water, electrolytes, and enzymes, and they help to lubricate the eyes and flush out debris. Dog tears, on the other hand, are mostly composed of water and minerals. They serve to keep the eyes moist and protected from dirt and debris. In addition, dog tears may also help to cool the eyes when they become overheated. While dog tears may not be as emotional as human tears, they perform an important function in keeping the eyes

What does it mean when my dog has watery eyes?

Watery eyes in dogs can be caused by several different things. One possibility is that the dog has something in its eye, such as dust or a foreign object. Another possibility is that the dog has an eye infection, which can be common in certain breeds. If the dog’s eyes are watery and there is also discharge, this is usually a sign of an infection. Dogs can also get allergies, just like people, which can cause their eyes to water. If your dog’s eyes are watering more than usual, it’s best to take them to the vet to rule out any serious problems.

Why does my dog wake up with eye boogers?

Have you ever wondered why your dog’s eyes seem to be full of sleepy dirt when they wake up in the morning? While it may not be the most pleasant subject, eye boogers are actually a normal and healthy part of a dog’s physiology. The scientific name for eye boogers is rheum, and it’s made up of tears, mucus, dust, and other debris that accumulate in the corner of the eye. This build-up is caused by the fact that dogs do not have eyelids that blink, so they cannot clear away this debris on their own. In addition, some dogs produce more rheum than others, depending on the size and shape of their eyes. Fortunately, there’s no need to worry if your dog has eye boogers in the morning. They can be easily removed with a clean cloth or tissue.

Should I clean the dirt around my dog’s eyes?

Many dog owners find themselves wondering whether they should clean the dirt around their dog’s eyes. While it is certainly not harmful to clean the area around your dog’s eyes, there are a few things to keep in mind. First of all, be sure to use a gentle cleanser that is specifically designed for dogs. Second, avoid using cotton balls or swabs, as these can irritate your dog’s delicate skin. Finally, be sure to rinse the area thoroughly after cleansing to remove any traces of cleanser. By following these simple tips, you can help keep your dog’s eyes healthy and free of dirt and debris.

Eye discharge from my dog’s eye

One of the most common health problems in dogs is discharge from the eyes. The medical term for this condition is conjunctivitis, and it can be caused by a number of different factors, including allergies, infection, and foreign bodies. Most cases of eye discharge are relatively mild and can be treated at home, but if the discharge is excessive or accompanied by other symptoms, it’s important to see a veterinarian. Treatment will vary depending on the underlying cause of conjunctivitis but may include topical medications, antibiotics, or anti-inflammatory drugs. In most cases, eye discharge is not a serious problem, but it can be uncomfortable for your dog and may require treatment to resolve.

If you find that your dog is having consistent eye discharge, it is important to consult with your veterinarian as this may be a sign of more serious health problems.

Dogs have been domesticated for so long that they no longer need to hunt, but their eyes still follow the same patterns of behavior. While dogs don’t cry in the way humans do, we can be sure that if your dog has watery or tearful-looking eyes, it’s not a cause for concern – just an indication that he or she needs a little TLC. If you’re ever concerned about your dog’s eye health, be sure to consult with your veterinarian.