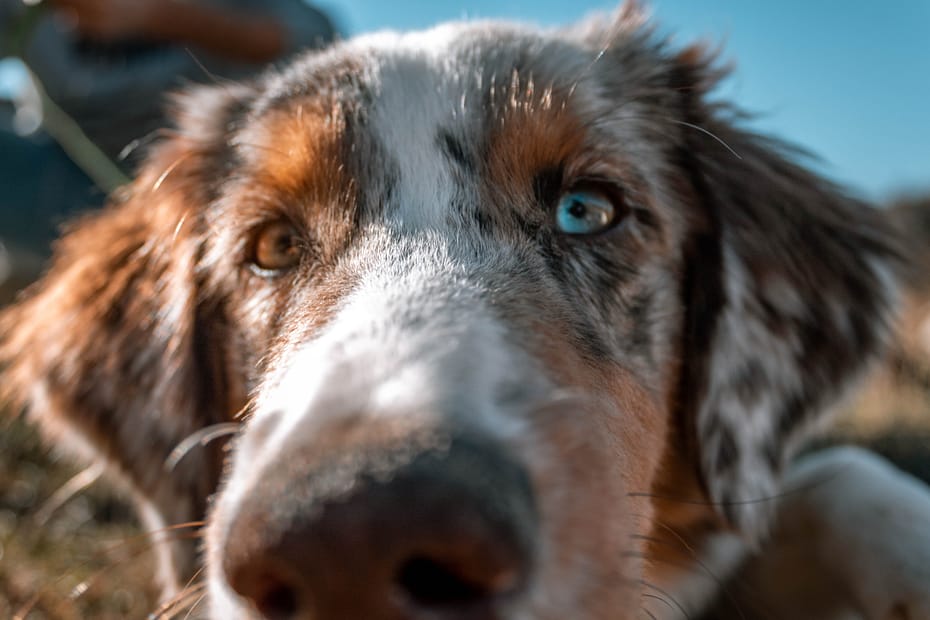 Cancer cells produce different chemicals than healthy cells, and it turns out that dogs may be able to use their sense of smell to detect these differences. In one study, trained dogs could identify cancerous samples nearly 100% of the time correctly.

However, it’s important to note that not all dogs have this ability. In order for a dog to be able to smell cancer, they need to be specifically trained for it. Furthermore, even trained dogs can sometimes make mistakes. For example, if a dog smells something that is similar to cancer but isn’t actually cancer, they may still alert their owner.

As a result, it’s important to take any cancer diagnosis from a dog with a grain of salt and follow up with a doctor to be sure.

How to train a dog to smell cancer

While the exact cause of cancer is still unknown, it is generally agreed that the disease is caused by the uncontrolled growth of abnormal cells. These cells can form tumors, which can then spread to other parts of the body. However, early detection is critical to successful treatment, and this is where dogs can play an important role.

Studies have shown that dogs have an incredible sense of smell, and they can be trained to detect the unique odor of cancerous cells.

While Daisy is an exceptional dog, it’s important to remember that not all dogs have the same ability to smell cancer. In order for a dog to be able to detect cancer, they need to be specifically trained for it.

While more research needs to be done in this area, there is potential for dogs to play a life-saving role in the early detection of cancer.

What do dogs smell when they sense cancer in humans?

Dogs have an incredibly sensitive sense of smell, which allows them to perform a variety of tasks, from detecting illegal drugs to finding missing persons.

Recently, there has been growing evidence that dogs can also be trained to sniff out cancer. In one study, researchers found that dogs could detect lung cancer with nearly 97% accuracy.

While it’s still unclear exactly what dogs are smelling when they sense cancer, it’s thought that they may be picking up on subtle changes in odor that occur as a result of the disease.

As cancer cells grow and spread, they release volatile organic compounds that change the way the body smells. These changes are often too subtle for humans to detect, but dogs with their sensitive noses can pick up on them easily.

While more research is needed, the ability of dogs to sniff out cancer shows promise as a potentially non-invasive way to screen for the disease.

How accurate are dogs at detecting cancerous cells versus healthy cells?

Dogs have an incredible sense of smell, and they have been used for centuries to help humans with a variety of tasks. In recent years, there has been a growing interest in using dogs to detect cancerous cells.

The idea is that dogs can be trained to sniff out the unique odor that is emitted by cancer cells, and potentially alert their owners to the presence of the disease. However, it is important to note that cancer cells are just a small part of the human body, and training a dog to reliably detect them is no easy feat.

While there are some promising studies, the jury is still out on how accurate dogs really are at detecting cancerous cells versus healthy cells. Only time will tell if this potential new tool will be able to provide reliable results.

Can anything be done to improve a dog’s ability to sniff out cancerous cells?

Dogs naturally have an incredible sense of smell, and this ability has been harnessed in a variety of ways. One area where dogs have been shown to be particularly useful is in the detection of cancerous cells.

Studies have shown that dogs can be trained to sniff out cancerous cells with a high degree of accuracy, and this ability has led to the development of a number of cancer-detection dogs.

While more research is needed to determine whether cancer-detection dogs are truly effective, there is potential for these animals to play a role in the early detection and diagnosis of cancer.

Some dog breeds have more keen noses than others. For example, bloodhounds have 300 million olfactory receptors, while humans have just 6 million.

So if you’re looking to improve a dog’s ability to sniff out cancerous cells, it may be worth considering a breed with a particularly keen sense of smell.

In addition, as our understanding of how dogs detect cancer improves, it may be possible to develop new techniques for cancer detection that make use of a dog’s unique sense of smell.

What implications does this have for early detection of cancer in humans?

The early detection of cancer is a vital step in successful treatment, and there is always been a great deal of interest in finding new ways to achieve this goal. Recently, there has been some promising research into the use of dogs to sniff out cancer.

While the results are still preliminary, it appears that dogs may be able to detect certain types of cancer with a high degree of accuracy. This could potentially provide a new method for early detection that is non-invasive and relatively inexpensive. While more research is needed, the implications of this work are very exciting and hold great promise for the future.

Early detection is one of the best ways to treat cancer in humans. Most types of cancer are much more treatable in their early stages than they are in later stages.

That said, there are a number of challenges that need to be overcome before dogs can be used for the early detection of cancer in humans. First, more research is needed to determine whether dogs can truly detect cancer with a high degree of accuracy.

Second, even if dogs are accurate at detecting cancer, it is unclear how this information would be used in a clinical setting. For example, it is not clear how often a person would need to be screened, and what the false positive and false negative rates would be.

Third, there are ethical considerations that need to be taken into account. For example, it is not clear whether people would want to be told that they may have cancer-based on a dog’s sniff test.

All of these challenges need to be addressed before dogs can be used for the early detection of cancer in humans. However, the potential implications of this work are very exciting and hold great promise for the future.

Are there any other diseases that dogs can smell before they become symptomatic in humans?

While cancer is certainly one of the diseases that dogs can smell, it is not the only one. In fact, studies have shown that dogs can be trained to detect a variety of diseases, including infections, neurological disorders, and even types of cancer.

The exact mechanisms by which they do this are not fully understood, but it is believed that dogs are able to smell changes in the chemistry of a person’s breath or skin. In some cases, they may even be able to detect the presence of disease-causing organisms in the blood.

While more research is needed to confirm these claims, there is no doubt that dogs have an extraordinary ability to sniff out disease.

While early studies show significant promise, more research is needed before dogs can be used for the early detection of cancer in humans. However, the potential implications of this work are very exciting and hold great promise for the future.