Can dogs overdose on medications meant for humans? 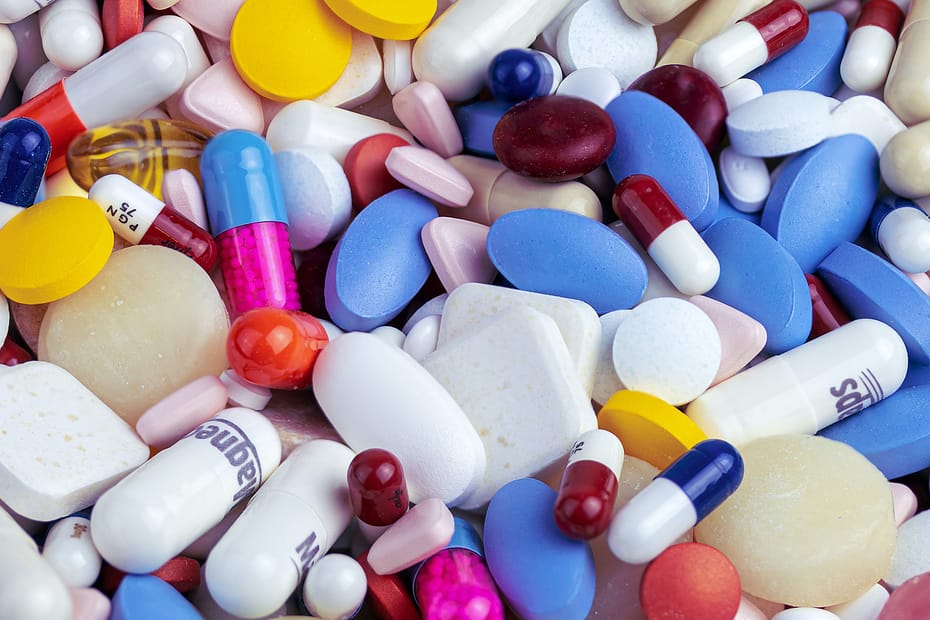 Dogs are known for their incredible sense of smell. This keen sense of smell allows them to find food, track down animals, and even detect illness. But this same sense of smell can also lead them to consume things that they shouldn’t, like medications meant for humans.

While most human medications are safe for dogs in small doses, it is possible for them to overdose on them. For example, melatonin is often used to help people sleep. But when given to a dog in high doses, it can cause vomiting, diarrhea, and decreased heart rate.

Benadryl is another common medication that can be dangerous for dogs if they consume too much of it. Symptoms of a benadryl overdose can include drowsiness, confusion, and seizures.

Ibuprofen and tylenol are two other common medications that can be harmful to dogs if they consume too much of them. Symptoms of an ibuprofen overdose include vomiting, diarrhea, and kidney damage.

Tylenol overdoses can cause liver damage and death. So while human medications can be safe for dogs in small doses, it’s important to be careful not to let them consume too much of them.

What medications are safe for dogs?

When it comes to medication, always check with your veterinarian first before giving your dog anything.

That said, melatonin is generally safe for dogs and can be used to treat mild anxiety or help them adjust to changes in their environment, like a move or new pet in the house. Melatonin can also be beneficial for some dog’s coats such as silver labs.

Benadryl is another over-the-counter medication that is often recommended for dogs, and can be used for allergies, motion sickness, or to calm an anxious dog.

Ibuprofen and tylenol should never be given to dogs, as they are both toxic to them. If your dog does accidentally ingest either of these medications, contact your vet immediately.

Can dogs overdose on melatonin?

Melatonin is a hormone that helps to regulate sleep. It is naturally produced by the body, but it can also be found in supplement form. While melatonin is generally safe for dogs, it is possible for them to overdose on the supplement.

Symptoms of melatonin overdose include lethargy, vomiting, and diarrhea. In severe cases, it can also cause seizures. If you suspect that your dog has overdosed on melatonin, it is important to seek veterinary care immediately.

Treatment will likely involve giving your dog IV fluids and monitoring their heart rate and respiration. With prompt treatment, most dogs will make a full recovery from a melatonin overdose.

Can dogs overdose on benadryl?

Benadryl is a medication that is commonly used to treat allergies in humans. It can also be used to treat motion sickness and other forms of nausea. In dogs, Benadryl is often used to help with anxiety or to calm them down during fireworks or thunderstorms.

The standard dosage for dogs is 1mg/pound, given every 8-12 hours as needed. However, it is possible for dogs to overdose on Benadryl. Symptoms of an overdose include excessive drowsiness, vomiting, diarrhea, and tremors.

If you think your dog has overdosed on Benadryl, please contact your veterinarian or the ASPCA poison control hotline immediately.

Can dogs overdose on ibuprofen?

Like humans, dogs can also suffer from pain and inflammation. As a result, many dog owners may reach for the ibuprofen when their pet is in discomfort. However, it is important to be aware that ibuprofen can be toxic to dogs, even in small amounts, and even a small overdose can lead to serious health problems.

There are other inflammation reducers that are much safer for your dog. If your dog is in pain or is having excess inflammation, talk with your veterinarian and they will prescribe the proper medication for your dog.

If you suspect that your dog has ingested ibuprofen, it is important to seek veterinary care immediately. With prompt treatment, most dogs will make a full recovery.

Can dogs overdose on tylenol?

Dogs can overdose on tylenol, but it is not a common occurrence. Tylenol is typically only toxic to dogs in large doses, and the most common symptom of an overdose is liver failure. However, dogs can also suffer from other side effects, such as gastrointestinal bleeding and kidney damage.

If you suspect that your dog has ingested too much tylenol, it is important to seek veterinary care immediately. With prompt treatment, most dogs recover without any lasting effects. However, untreated overdoses can be fatal. Therefore, it is important to be aware of the potential risks before giving your dog any medication.

Because there are several medications designed for humans that can cause severe health problems in dogs, make sure you store your medication in a place that is out of reach from your furry friend. If you think your dog may have overdosed on any medication, please contact your veterinarian or the ASPCA poison control hotline immediately.